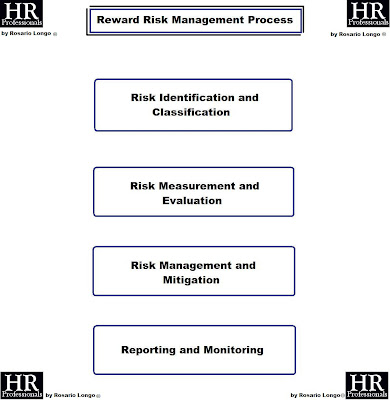 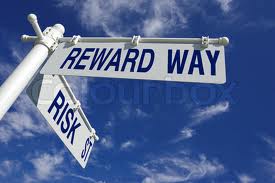 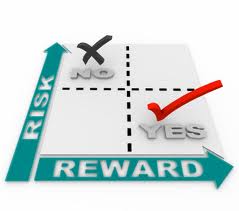 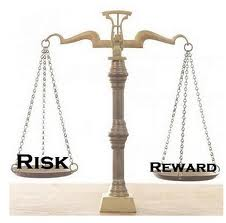 It is particularly important taking heed of the circumstance that not all of the identified risks need to be mitigated; this has to be decided and done according to the organization’s risk appetite and tolerance (RMC, 2011). This stage is hence crucially important in that it actually also provides precious insights to the employers helping them to make conscious decisions about whether to accept and hence manage each risk or otherwise.
The occurrences which may impact a reward system are not necessarily all negative, namely downside risks, these could indeed also prove to be genuine opportunities for reward specialists, that is to say upside risks, deserving and needing hence to be appropriately utilized. Positive events should be thus properly investigated and assessed too; to this extent the probability impact matrix can once again definitely help. A mirror matrix, developed from the matrix used to exclusively assess threats, can in fact enable reward specialists to fully attain this objective, that is, to assess at the same time and by means of the same tool both opportunities and threats (RMC, 2011), Figure B.

During the risk assessment and evaluation phase it is also important duly considering that risks may, for instance, have a limited financial impact, but be likely to produce remarkable reputational downsides as it occurred, for example, to most of the employers of the financial services industry, prior to the emergence of the global financial crisis combined together the negative effects of financial loss with reputational loss.

The third stage of the process is represented by the risk management and mitigation phase. This step is basically concerned with deciding how to manage the reward risks identified consistently with the business risk appetite as defined by the company board. As discussed earlier, risks cannot be invariably completely averted and prevented by employers for the simple reason that risk is itself part of each business activity. Appropriate risk management should hence acknowledge that employers take risks having full understanding and consciousness of the impact specific events can make on their organizations at any time (CIPD, 2009). Whether on the one hand this means that employers deliberately take risks, on the other hand this also requires businesses to decide and set beforehand the limit or level of risk which they are willing to take. This limit is broadly known as risk appetite, albeit someone wrongly refer to this concept in terms of risk tolerance. In order to avoid possible mix-ups the Institute of Risk Management (2011) has made a clear distinction between the two terms. More in particular risk appetite is defined as the “amount” of risk an organization is willing to accept in order to facilitate the attainment of its pre-identified objectives. Although the term appetite might mostly induce to think about the food required for satisfying one’s needs, in term of risk management risk appetite should be rather intended as the level of risk in front of which an employer is still in the position to decide whether to “fight or flight.” This entails that under some circumstances, that is, those which are perceived by employers to be at the limit, these are still in a position to face the risk beyond the predefined limit or can, if anything, decide to do so. The idea of risk tolerance is, in contrast, associated with the level of risk which an employer is not prepared and ready to face or to venture in order to achieve its organizational objectives. This hence represents a limit whose borders are impassable.

In order for reward professionals to effectively and properly perform the activities concerned with this phase these need to have a thorough and overarching knowledge of all the risks likely to make an impact on reward. It is also crucially important that a scale of priorities consistent with the current risk appetite has been identified.

To approach risk management in a structured and systematic way, developing a risks map would definitely be beneficial, whether not absolutely necessary. An example of risk map is shown in Figure C (adapted from CIPD, 2009). The proposed mapping method includes the option to insert the risk index as determined by means of the probability impact matrix and to update the score further after the execution of the actions taken to mitigate it.

For an extended version of this article and much, much more, click here
Posted by Rosario Longo - HR Professional at 22:54

It is an axiomatic fact that strategy execution and corporate culture play a remarkable role in the attainment of organizational succe... 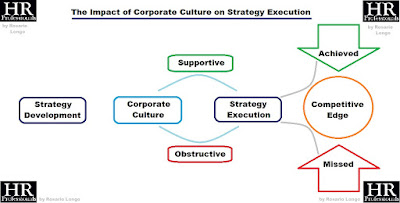 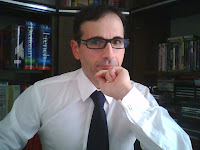